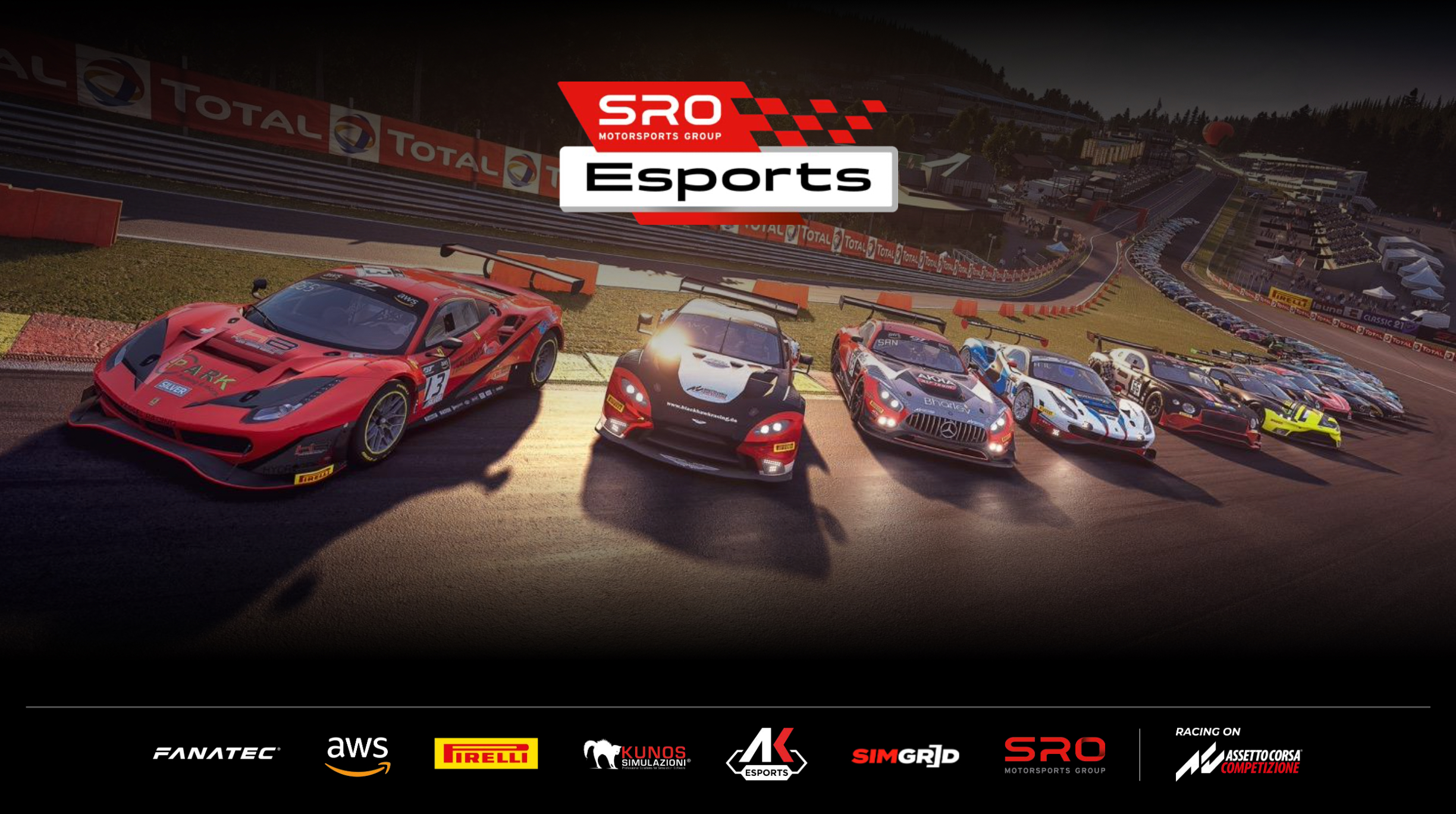 Organised by Ak Esports in collaboration with SRO Motorsports Group, AWS, Fanatec, Kunos Simulazioni, Pirelli and The Sim Grid, using the highly authentic physics and unparalleled driving realism of Assetto Corsa Competizione, after a successful first full season of GT World Challenge Esports in Europe, America and Asia, 2022 will see SRO greatly expand its championships. In fact, the big news is that drivers from all three regions will compete in a unified Endurance series, called Intercontinental GT Challenge Esports, with all championships consisting of five rounds. The new Intercontinental GT Challenge Esports series will see drivers from around the world compete in five endurance races at tracks on five different continents. The races will be the 12 Hours of Bathurst, the 10 Hours of Suzuka, the 24 Hours of Spa, the 8 Hours of Laguna Seca, and the 9 Hours of Kyalami.

Through a new classification system, drivers will be divided into two categories: Pro and Silver.
Any driver who scored at least 25 points in the European championship, or at least 15 points in the Asian or American championships, will be eligible for entry to the Pro category. Those who did not reach this points threshold will qualify for the Silver category. Pro line-ups for Intercontinental GT Challenge Esports will be nominated by manufacturers and must feature at least two Pro drivers at each round, while manufacturers may nominate a maximum of two cars each for Sprint Series events.Should they not do so, these slots will be awarded via a qualification process for Pro-ranked sim drivers. Every team nominated by a manufacturer will be automatically considered Pro, as will its drivers.  In the Silver category, there can be only one Pro driver per Intercontinental GT Challenge Esports team. Following manufacturer nominations, the qualification process for the remaining Pro team slots will take the form of hot-stint qualifying at two different tracks featured on the calendar. Drivers must set five valid laps during a stint, within 107% of their fastest time and without returning to the pits. The fastest stints from each driver are then combined to make a team average. The top-ranked teams on the leaderboard will be eligible to race in the Pro class.In the Silver category, 3 drivers must set a hot-lap around three tracks from the calendar. The combined average of all three times at all three circuits is placed on the leaderboard, with the top-24 ranked teams eligible to compete in the Silver class.

Thanks to a restructured entry fee and prize pool, the 2022 season will see more drivers rewarded in both the Pro and Silver classes of Intercontinental GT Challenge Esports and the continental Sprint Series.Pro and Silver drivers will have their own prize pool and entry fee for the year, which will cover all races during the 2022 season. The prize pool will reward the top-10 teams in the Pro class, and the top-10 drivers in Silver, with a grand total of €120,000 in cash and sponsor’s products available to be won.Additional prizes will be awarded to teams and drivers in the top-10, including Fanatec and AK Informatica gear, VIP hospitality for a selected race event, and track activities

A new testing format will be introduced this season to ensure that the series remains as competitive as possible. Thanks to a new Balance of Performance (BOP) method, drivers can request a test in different machinery. They can then compare data and times should they feel another competitor has an advantage within the game, ultimately leading to fairer racing and closer on-track competition.