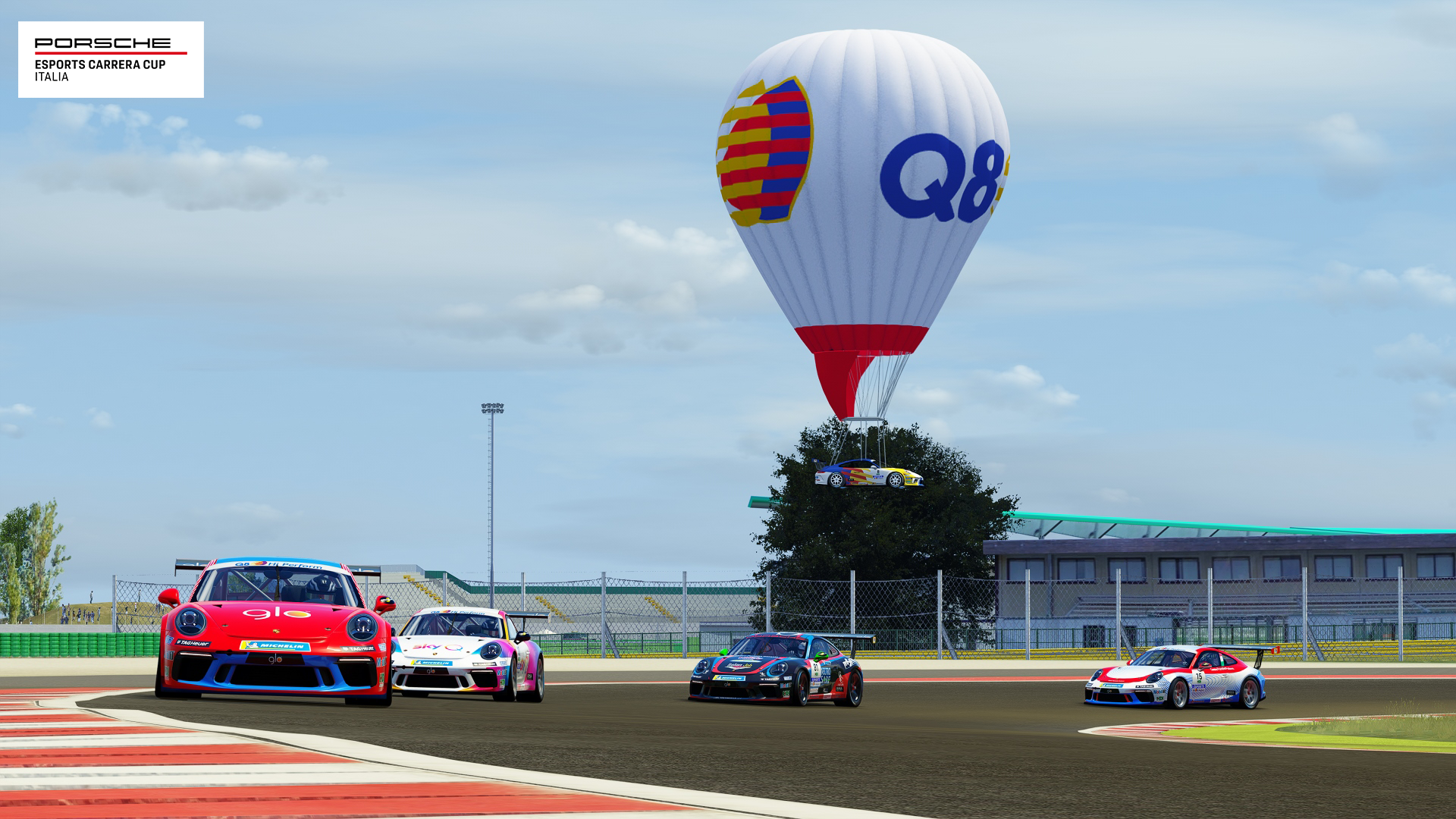 Based on the popular sim racing software Assetto Corsa by Kunos Simulazioni, this single-brand virtual racing championship features the 911 GT3 Cup from Zuffenhausen, and is set to feature tough challenges and entertaining shows between sim racers of differing experience levels, enthusiasts, drivers and real teams of the tricolor series; Sky Italy will be on hand to broadcast the championship races themselves, with go live planned for December 2021 and January 2022.

The Porsche Esports Carrera Cup Italy now boasts a leading role in the world of virtual motoring, evidenced by the fact the series has been an increasingly imitated reference point in Esport racing, and widely regarded as one of the most anticipated events of the year. In recent years, the Porsche Esports Carrera Cup Italy has  involved thousands of fans, engaging many new enthusiasts of real and virtual racing, whilst also rewarding the winning drivers with exciting and unique experiences on the track. Amongst these winners, the series has uncovered some of the best international performers in the industry.

The format of the 2021 edition of Porsche Esports Carrera Cup Italy features two distinct phases: the first phase being a qualification event reserved for sim racers, who will try their best in six different hot lap competitions to gain a spot on the grid for Qualification Day, set to take place on the 6th of November.

During the Qualification Day, the most successful drivers coming from the hot lap competitions will compete to gain one of the 18 spots available for the championship itself. After the 18 sim drivers have been selected, a Draft will pair them to real life teams and drivers competing in the Porsche Carrera Cup Italy, in a successful format repeated from the previous season – then, the championship (second phase) will be ready to start.

The Porsche Esports Carrera Cup Italy 2021 follows the format of the Silver Cup of the real competition: for each crew, the real driver will start Race 1 while the sim racer will take part in Race 2.

The winners will once again be racing for a chance to earn huge prizes, including experiences at the wheel of a real Porsche car on ice and on-track, gaming equipment and, for the first time, also prizes reserved for real teams involved.

During the three years since its first edition, the series has been subject to many format renewals, always aimed to increase the challenge that any sim driver has to face to try to earn their share of the amazing prize-pool offered by the championship organisers. What really doesn’t change in this top level Esports tournament is the star of every competition: the Porsche 911 GT3 Cup 2017.