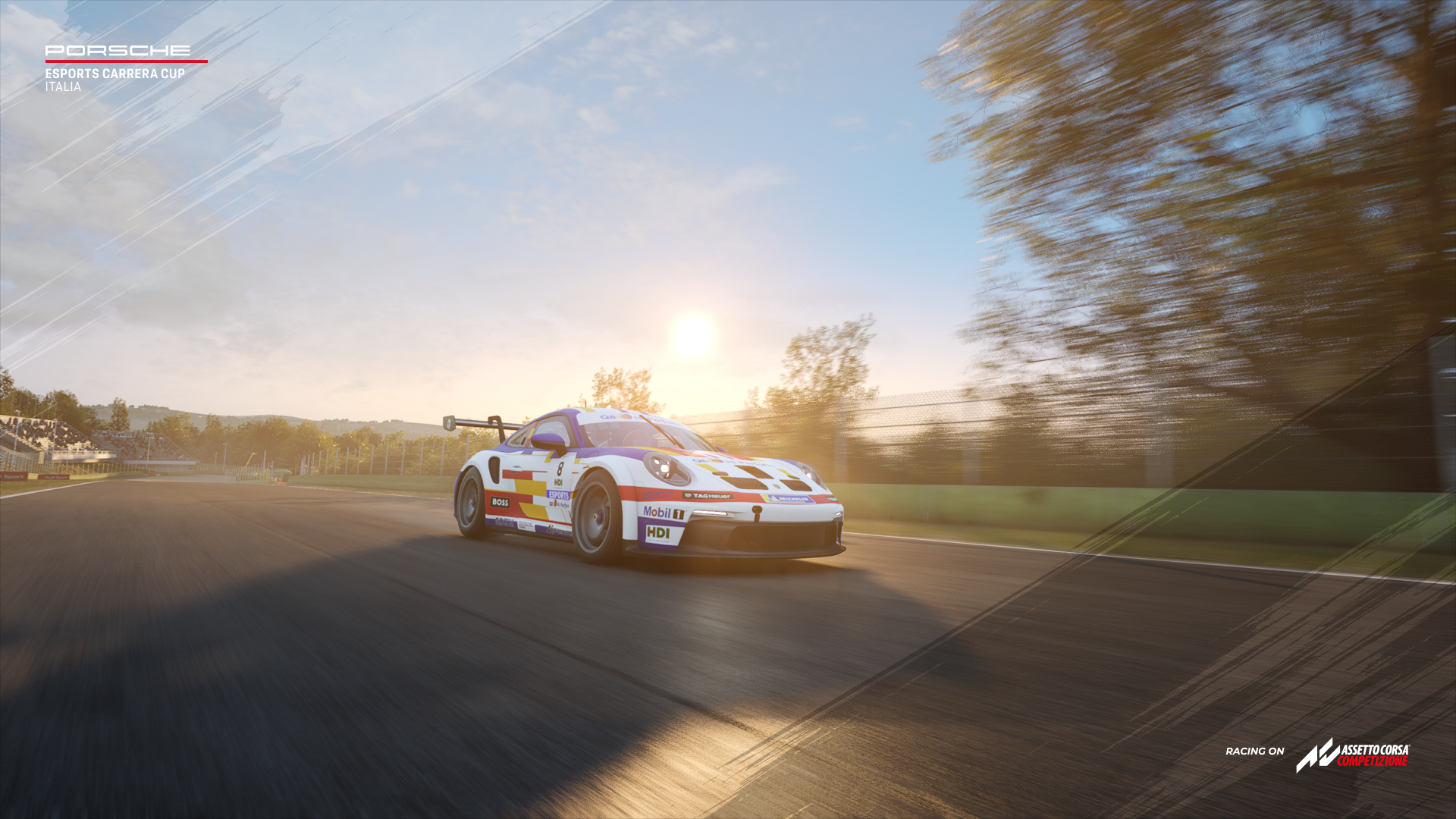 The Porsche Esports Carrera Cup Italy now boasts a leading role in the world of virtual motor racing, evidenced by the fact that the series has been an increasingly imitated benchmark in Esport racing, and widely regarded as one of the most anticipated events of the year. Over the past few years, the Porsche Esports Carrera Cup Italia has attracted thousands of fans, involving many new real and virtual racing fans, and rewarding the winning drivers with exciting and unique track experiences. Among these winners, the series showcased some of the best international performers in the field. The Porsche Esport Carrera Cup Italia was the first world’s first simracing championship parallel to the real one (same tracks, same car layout, same race format).

Now in its fifth edition, has now become a benchmark and a long-awaited event for the whole simracing world.
Based on the popular racing simulation software Assetto Corsa Competizione by Kunos Simulazioni, this one-make virtual racing championship features the new Porsche 911 GT3 Cup (992).

Exclusive prizes will be reserved for the winners of the hot laps and the final competition.
All the races will be streamed on Twitch channels of EsportPalace and Porsche, AK Esports, Porsche and Porsche Carrera’s Facebook pages and the Grand Final will be live on SKY.

The format of the 2022 edition of the Porsche Esports Carrera Cup Italia includes three stages:
Five hotlap qualifiers that will allow the top 32 drivers from each one to access the qualifying race.
Five qualifying races where the top 6 drivers will have access to the Final that will be held in Monza in conjunction with the PCCI Final.
The five qualifications will respectively take place on the virtual circuits of SPA, Imola, Barcelona, Misano and Nurburgring.

At the end of the qualifying races there will be 32 sim racers competing in the Final and each driver will race with an official PCCI 2022 Team livery.
The final will be raced with the PCCI format: Qualifying, Race 1 and Race 2 with inverted grid.

Drivers who could not qualify from home will be given the chance to qualify from Franciacorta during the Porsche Festival with PEC’s simulator of Franciacorta.
The best 2 drivers participating in the Franciacorta’s Last Chance Qualifier will have a direct access to the Final.

During the four years since its first edition, the series has been subject to many format renewals, always aimed to increase the challenge that any sim driver has to face to try to earn their share of the amazing prize-pool offered by the championship organizers.