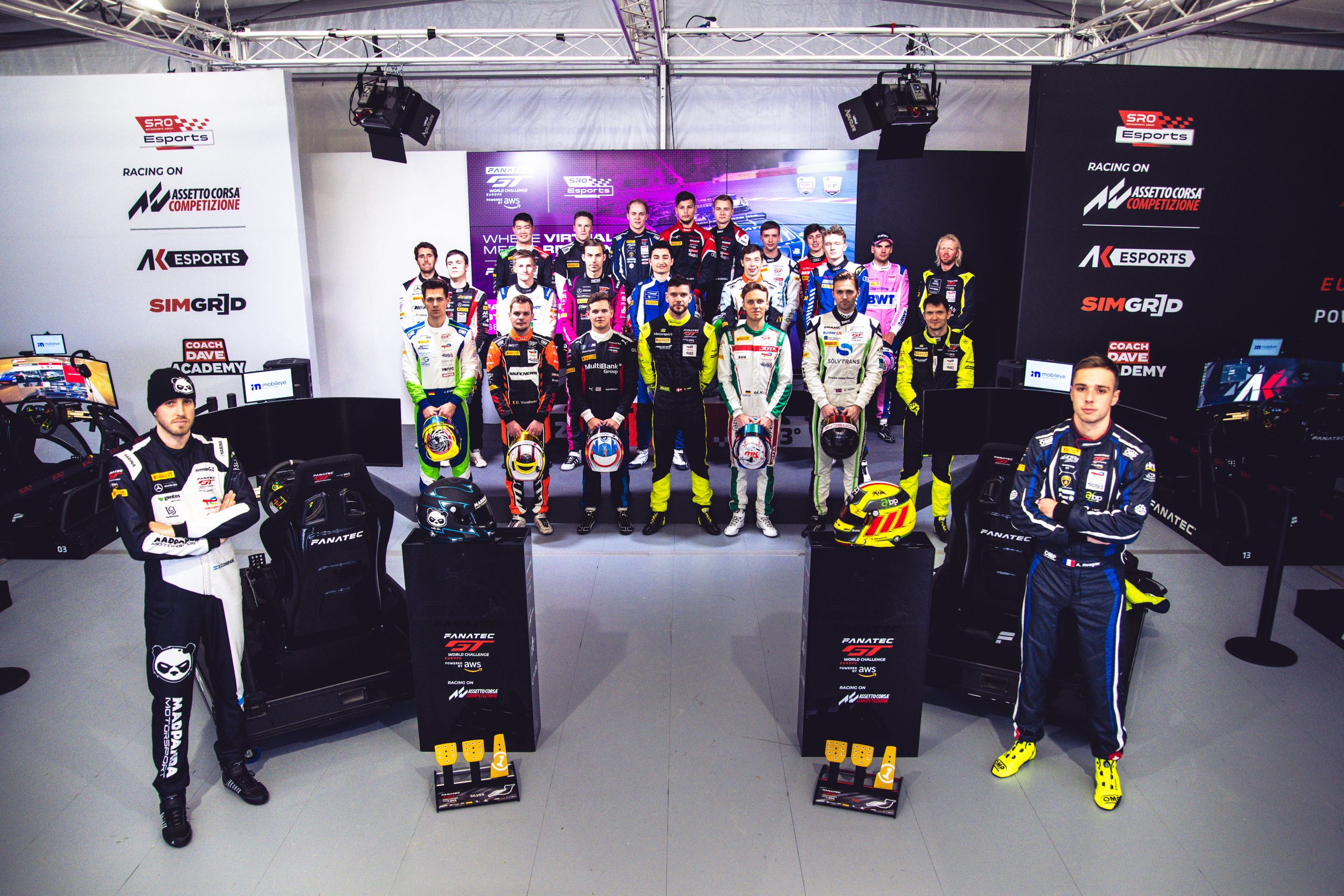 Organised by SRO Motorsports Group in collaboration with AK Esports, The Sim Grid, Coach Dave Academy and based on the official GT World Challenge game, Assetto Corsa Competizione by Kunos Simulazioni, the championship offers the most advanced and futuristic race simulation format ever seen inside a real motorsport paddock. Nowhere else can world-class GT drivers score real points on a virtual track using such advanced racing simulators.

After proving to be a popular addition to the GT World Challenge Europe disciplines for 2021, the Fanatec Esports GT Pro Series will also take place this season.

One of the significant changes for this season is that more points are now up for grabs. Whereas the inaugural season awarded three points to the race winner, two to the second and one to the third – in each of the Pro and Silver categories – in 2022 there will be five points for each race winner and points up to fifth place.

This means that the championship will now have a maximum of 25 points, which is effectively a third branch of the GT World Challenge Europe. Points earned in the Fanatec Esports GT Pro Series are added to the Endurance Cup and Sprint Cup to generate an overall score.

Such a ground-breaking championship requires a suitably impressive stage. And there’s certainly no missing the Fanatec GT Arena, which towers over the paddock! The bespoke structure, designed by AK Esports, also highlights sim racing’s unique demands within a real motorsport environment.

To keep the competition on an even keel, each competitor will use an identical AK Informatica gaming PC plus Fanatec Rennsport Cockpit V2, Podium Wheel Base DD2, Podium Hub, Clubsport Pedal V3 and Podium Wheel Rim R300.