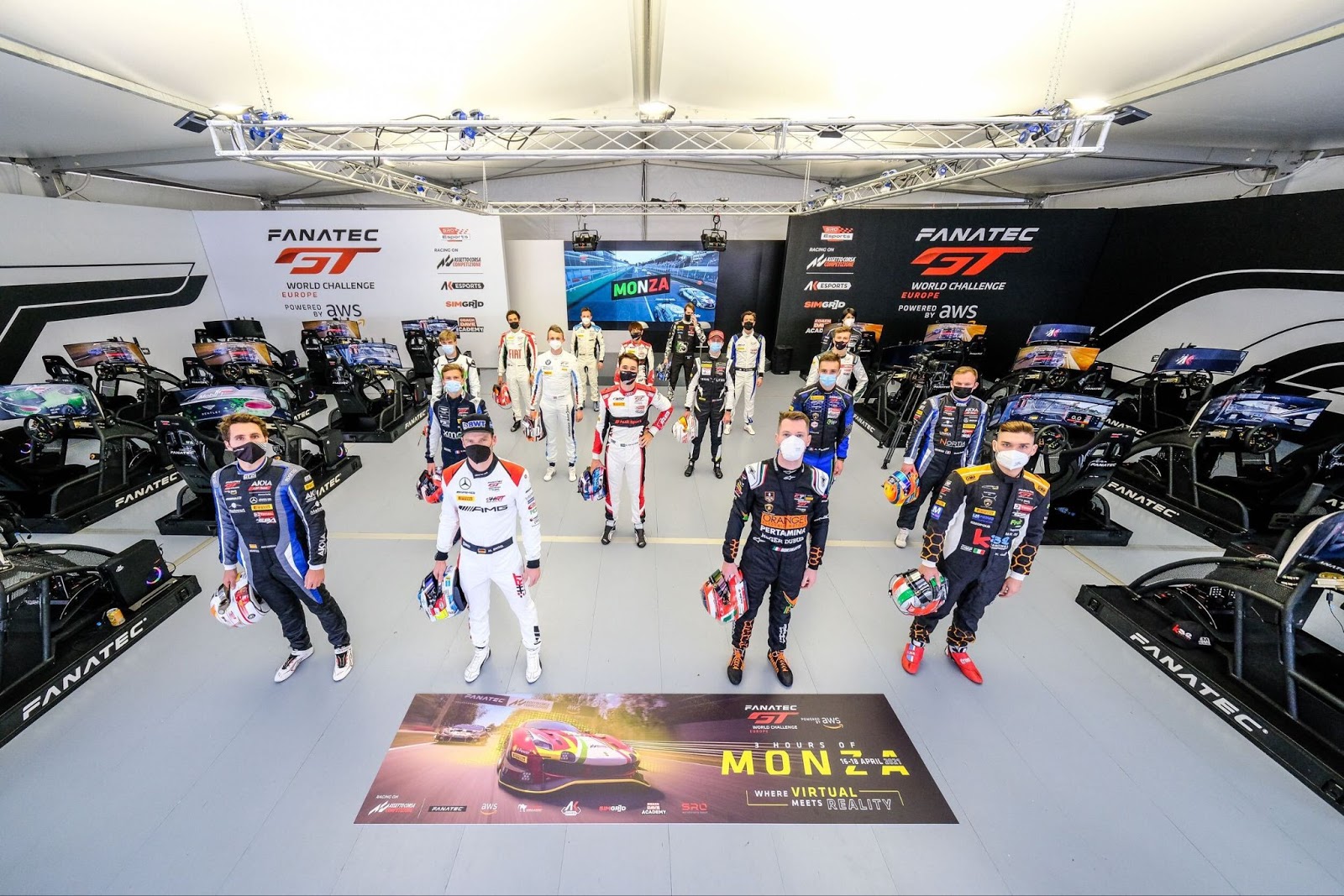 Organised by SRO Motorsports Group in collaboration with AK Esports, The Sim Grid, Coach Dave Academy and based on the official GT World Challenge game, Assetto Corsa Competizione by Kunos Simulazioni, the championship offers the most advanced and futuristic sim racing format ever seen inside a real motorsport paddock. Indeed, nowhere else can world-class GT drivers score real-world points on the virtual race track using such advanced racing simulators.

Pro and Silver class podium finishers will score either one, two or three points towards their respective real-world Overall Teams’ Championship total, meaning as many as 15 points are available across 2021’s five rounds. There’s a genuine possibility, therefore, that virtual results will decide the outcome of a real-world international championship for the first time in motorsport history. The five races, which each last one hour, take place during GT World Challenge Europe Endurance Cup weekends, thus providing a perfect synergy between real and virtual action.

Such a ground-breaking championship requires a suitably impressive stage. And there’s certainly no missing the Fanatec GT Arena, which towers over the paddock! The bespoke structure, designed by AK Esports, also highlights sim racing’s unique demands within a real motorsport environment.

WHAT YOU NEED TO KNOW

The race format is very simple: each driver must make one mandatory pitstop between minutes 25 and 35. Changing tyres is optional but at least one litre of fuel must be added. Success Ballast in the order of 30kg, 15kg and 10kg will be applied to both class’ top-three finishers for each Round, except Round 1 at Monza. AK Esports is in charge of reviewing incidents and administering penalties if necessary, as well as publishing all official results and points post-race.

Watch live race coverage in the company of David Addison and Ben Constanduros on SRO’s Twitch, Youtube and Facebook accounts, as well as the Fanatec GT World Challenge Europe Powered by AWS website.