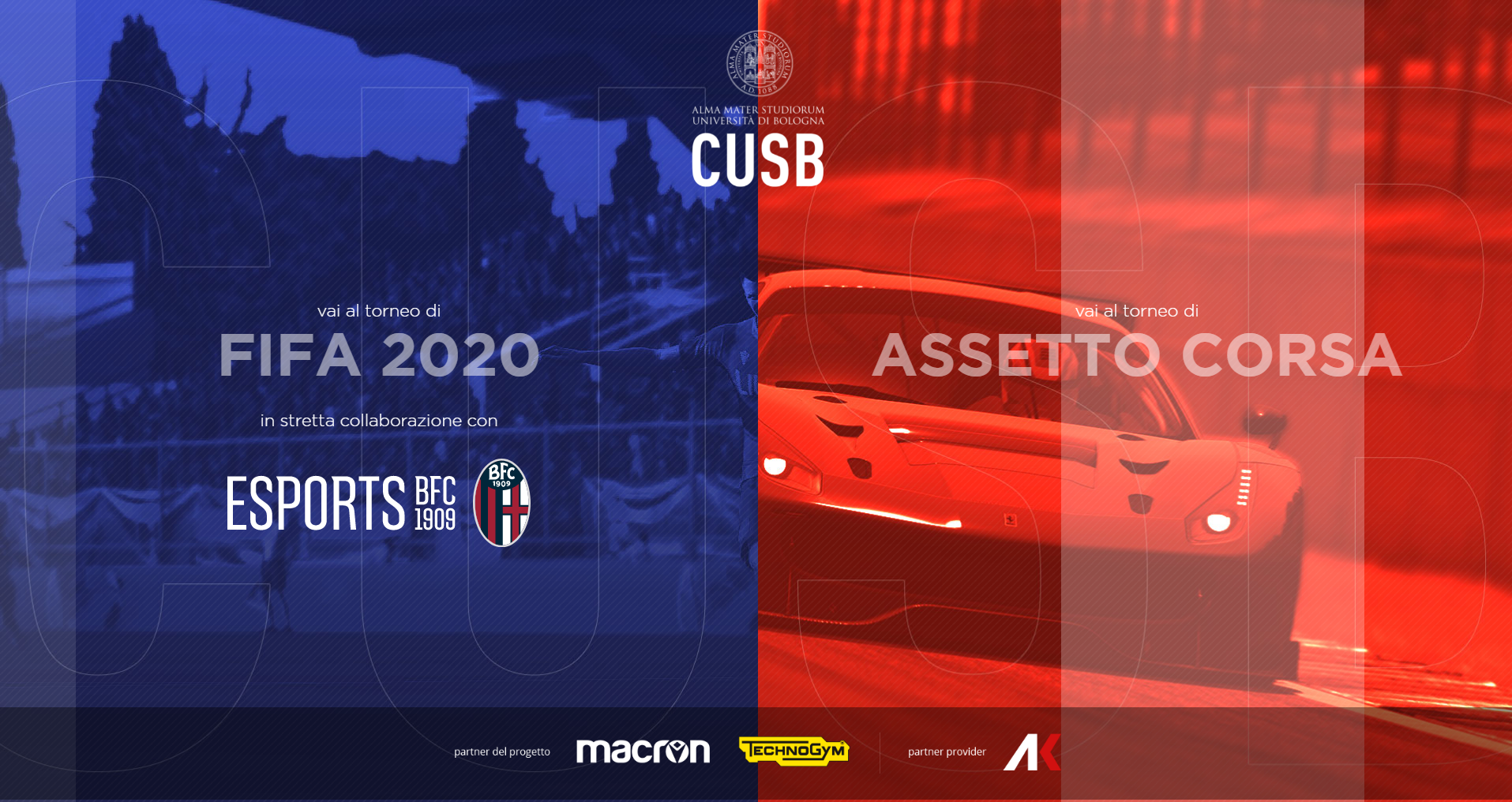 The Cusb Esports Tournament is an online Esports tournament created by the University of Bologna and supported by AK Esports. The competition will feature 2 completely different games: FIFA 20 on PlayStation 4 dedicated to the football fans and Assetto Corsa on PC for the most competitive drivers. The main goal of the Cusb Esports Tournament is to enhance the games’ power to offer an healthy entertainment while, at the same time, promote the socialization between the students.

A strongly desired project that once again saw the University of Bologna to have a leading role in a sector, the Esports one, which is experiencing a huge success all over the world, especially in the young and very young age groups. An initiative that was born as an expression of a wider project promoted by the University in spreading a renewed attention to sports within the student community and intended to feed a training process focused on improvement of lifestyles and health protection, which has taken on even more importance following the lockdown imposed by Covid-19.

The FIFA tournament is divided into winning and losing brackets until to the final while, on Assetto Corsa, the main race is available only for the drivers who passed through a challenging hot lap qualification. AK Esports, partner provider of the CUSB Esports Tournament, will offer the winners of the two tournaments a professional training in its main headquarter.

Combining studies with videogame entertainment has already demonstrated all the positive aspects through several international experiments. The university environment, characterized by stressful rhythms and long exam sessions, represents a fertile ground for promoting the synergy that exists between college commitments and the leisure necessary to maintain a healthy balance. The goal of the Cusb Esports Tournament is to prove that this liaison exists and it’s possible to achieve it with AK Esports experts guidance.