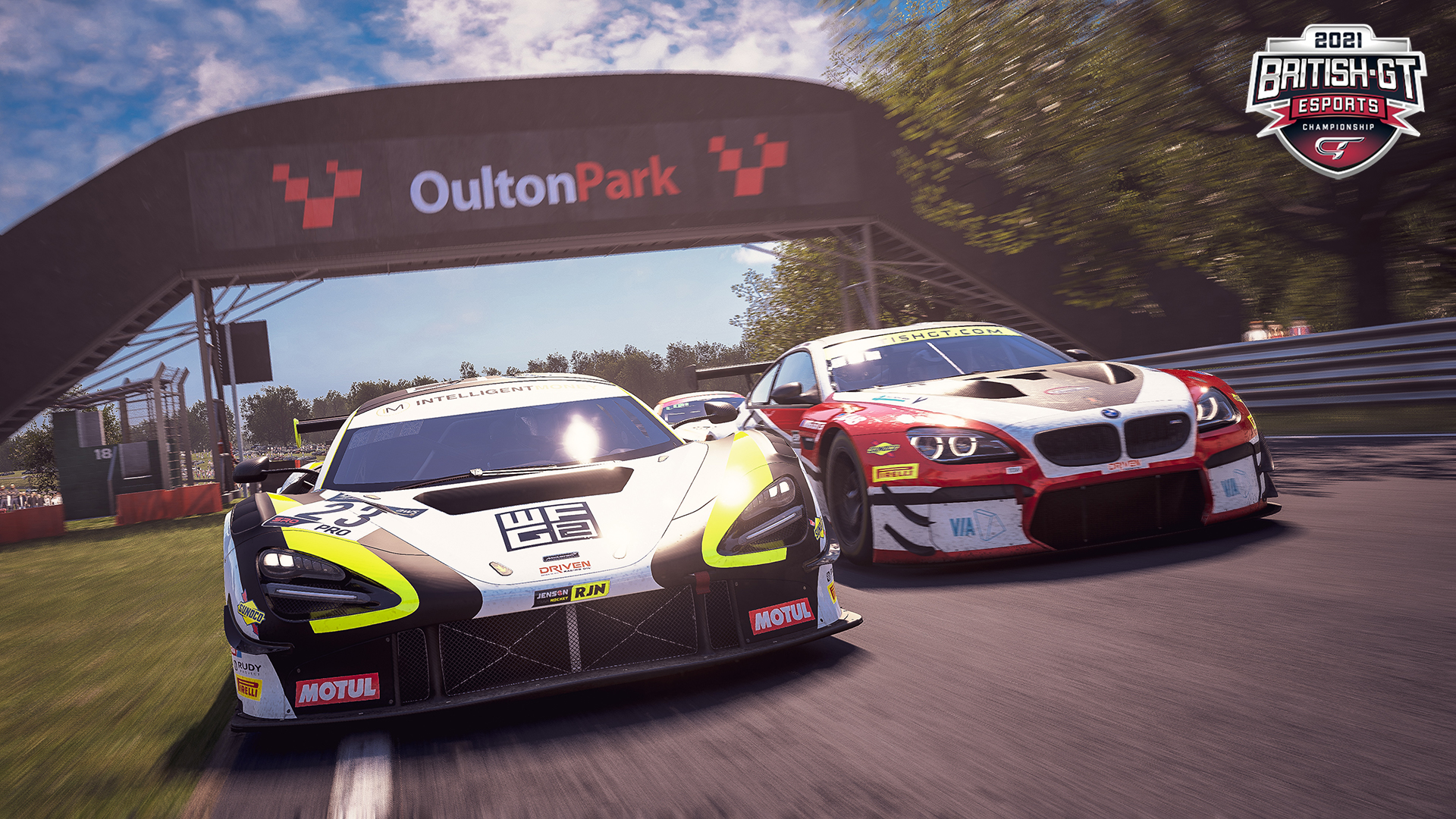 Following six successful years under The Online Racing Association’s stewardship, the Intelligent Money British GT Championship’s official virtual series moves in-house to become part of SRO’s burgeoning esports portfolio. ACC’s recent update also ensures that British GT’s sim calendar can feature all five of its regular UK circuits for the first time, as well as the majority of GT3 and GT4 machinery that populate its real-world grid. Season Seven also introduces a new esports championship format that brings together the stars of real and virtual GT racing, as well as the general public.

GT3 will feature 20 drivers and teams with real-world GT experience, while the GT4 class – which shares the same grid as GT3 – is reserved for 20 sim racers who qualify via a hot lap competition prior to round one. As well as scoring points, GT4’s top-10 finishers earn automatic entries for the following event, while the remaining spaces are determined by subsequent hot lap qualifying staged within a four-day period prior to each round.

The five one-hour races – all of which feature a mandatory pitstop without driver change – take place on Sunday evenings within a six-week period this March and April. As is tradition, the campaign begins at Oulton Park before visiting Snetterton, Brands Hatch and Silverstone ahead of the British GT Esports Championship’s very own #DoningtonDecider on April 25.

Fans needn’t miss a moment of any round thanks to TV-quality livestreaming and commentary on SRO’s Youtube and Twitch channels, as well as British GT’s Facebook page. Like its counterparts in Europe, Asia and America, British GT’s esports series will be staged on Assetto Corsa Competizione’s PC software under the renowned supervision of AK Esports who provide first-class technical assistance, championship management and BoP services across SRO’s virtual portfolio.

With real British GT competition delayed due to the current world health pandemic, once again the virtual world offered up the chance for motorsport fans to follow their favourite real life competitors while experiencing the excitement granted by virtual races.