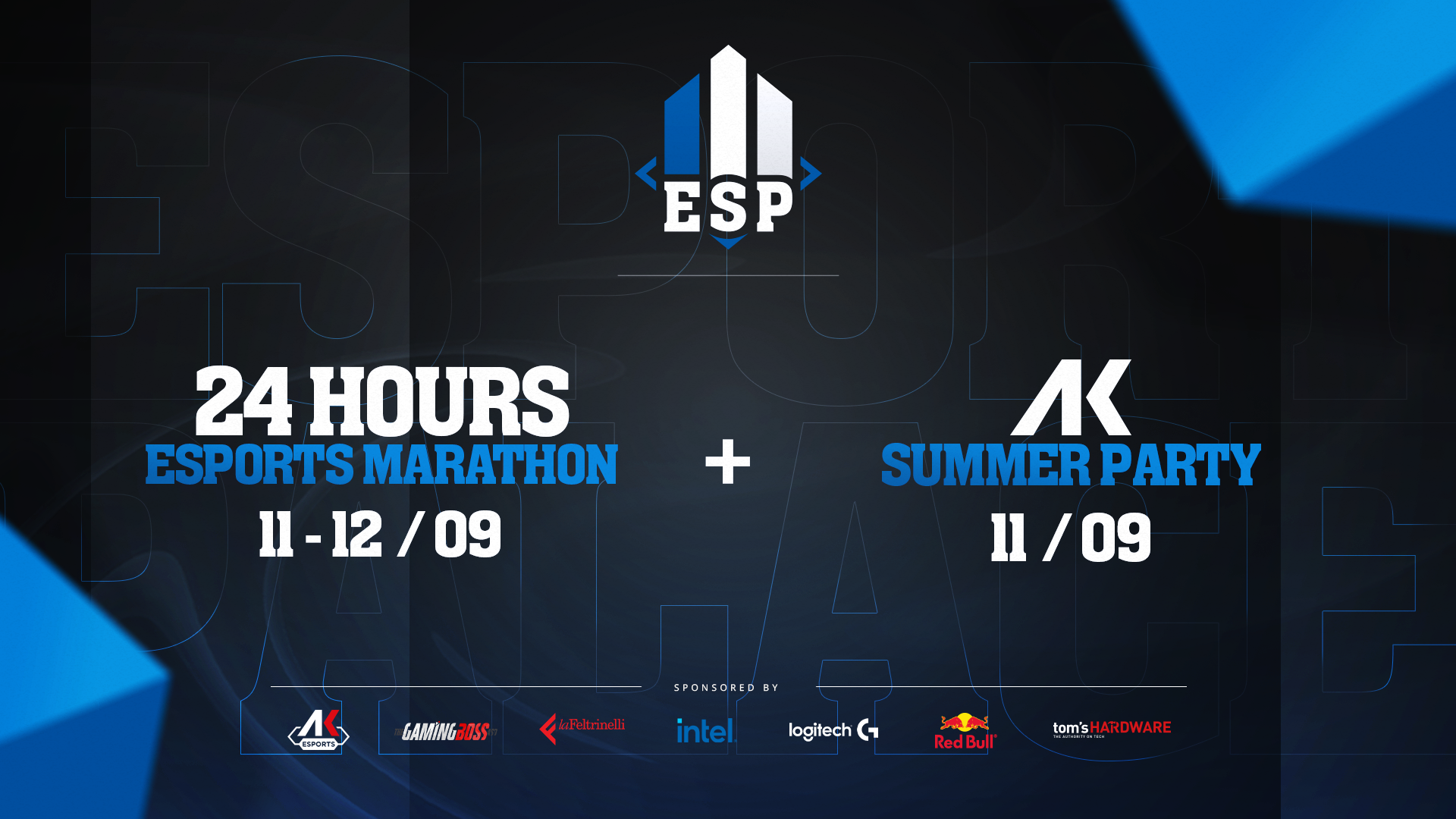 The passion for gaming and Esports goes on with the second edition of 24 Hours Esports Marathon powered by Intel, which returns to offer new challenges and a revised format to all the players who like to prove themselves in a such demanding competition that will take place from 11 to 12 September at the Esport Palace in Bergamo.

Still 4 different games where players will compete: Fortnite, League of Legends, Call of Duty Warzone and Assetto Corsa, but now 8 different teams will face the challenge. Organised once again by The Gaming Boss Asd and powered by Intel, the tournament created in collaboration with ‘Esport Palace’, ‘AK Esports’ and ‘Lega Esport’ to promote competitive gaming, this year offers a total prize pool worth 10,000 euros.

New qualifying sessions for each game has been added to the format to select only the most competitive players. These qualifying sessions will be held at the Esport Palace (Bergamo) and laFeltrinelli in Square Piemonte (Milan), where a dedicated Gaming and Esports room, built in collaboration with Lucca Crea and Ak Informatica, grants the best equipment for the brave players to face the qualifying challenges. Based on the final standings drawn up at the end of each qualifying round, the top 8 players from each game will then be invited to participate in the 2021 24 Hours Esports Marathon powered by Intel.

The 8 teams, once formed after an impartial draw, will start their long marathon set to start the 11 of September and, at the end of the 24 hours of play, the team with the most points will be crowned winner of the second edition of the 24 Hours Esports Marathon powered by Intel. The entire event will be streamed on Esport Palace’s Twitch channel.

During the 24 Hours Esports Marathon powered by Intel there will be special guests from the videogames universe, including Pro gamers, streamers and cosplayers, but also prominent personalities from the world of television and entertainment. All the guest stars of the event will be announced through the social channels of Esport Palace and its partners.

Absent from the 2020 edition due to Covid-19 restrictions, the AK Summer Party represents another absolute novelty of the 24 Hours Esports Marathon powered by Intel. A real party in full AK style to welcome players and spectators who want to follow the performances of the marathon participants thanks to giant screens, comfortably seated and served in the outdoor area of ​​the Esport Palace. Music and fun granted to celebrate one of the last summer weekends of the year.

PARTNER OF THE EVENT

As official partners of the event there are some of the most important brands that have always been part of the videogames world: Intel, Logitech, Ak Informatica, Redbull and all the partners of the Esport Palace, among which also the media partner Tom’s Hardware.